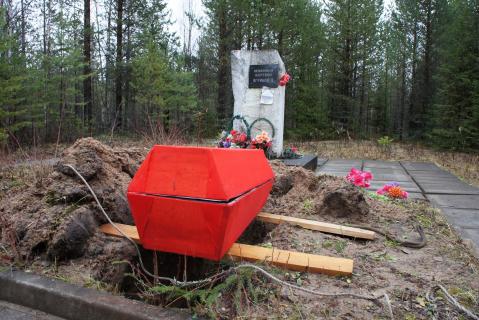 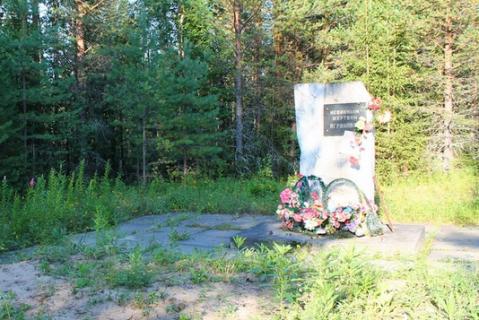 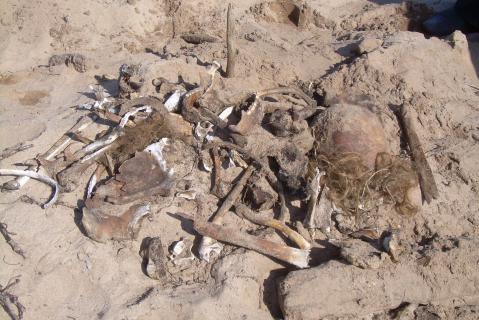 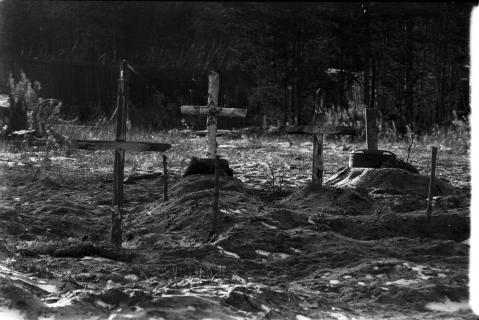 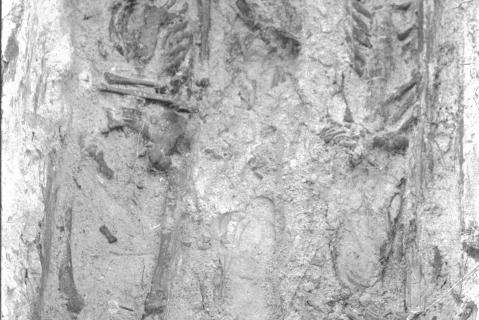 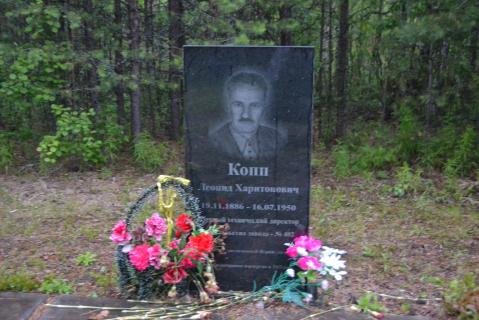 One of the largest burial sites of Yagrinlag was on the outskirts of Molotovsk (today Severodvinsk). Historians estimate that between 10,000 and 20,000 are buried here. After the camp closed the burial ground was abandoned and since 1974 the land has belonged to the Severodvinsk Forestry Concern. During construction work in the 1970s and 1980s human remains were repeatedly uncovered; they were removed and dumped at the city rubbish pits.

From May 1989 onwards, activists of the Severodvinsk Sovest (Conscience) society, with the help of the city’s inhabitants, gathered the remains exposed on the ground and on 20 October 1990 they were reburied in five coffins in a mass grave in an empty section of the city cemetery. A memorial “To the innocent victims of Yagrinlag” was erected and a square created. In 1991, an exploratory group (“In the Name of the Fallen”) from Velsk found individual burials in coffins, dated 1942.

On 30 October 2011, a monument was erected on the memorial square to L.H. Kopp (d. 1950; see photo), the first technical director of Severodvinsk, who died in Yagrinlag. Every summer Sovest activists gather more remains that have surfaced during the year and add them to the mass grave in the cemetery. In 2013, a commemorative wooden cross was erected in a remote part of the cemetery.

With a small population in pre-Soviet times, Sudostroi (Shipbuilder) grew to become the town of Molotovsk; it acquired municipal status in 1938 when its population passed 12,000. As Severodvinsk, with over 192,000 inhabitants (2010), it is today the second largest city in the Arkhangelsk Region.

Ceremonies
Nature of area requiring preservation
Administrative responsibility and ownership, informal responsibility for the site
On land belonging to the Severodvinsk Forestry Concern
Sources and bibliography

“Yagrinlag in the lives of people and the city” website [retrieved, 27 May 2022]